Pula is the largest city in the Istria County, located in the southwestern area of the Istrian peninsula in a well protected bay. The city has a long tradition of winemaking, fishing, shipbuilding and tourism, and is also a transit port. Pula has been the administrative center of Istria since Roman times. The city is best known for its preserved ancient Roman buildings, the most famous being the first-century amphitheater, the sixth largest in the world, popularly called the Arena. 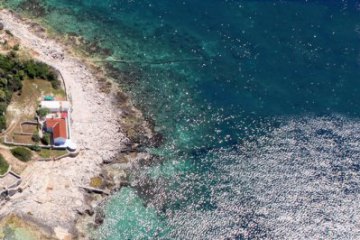